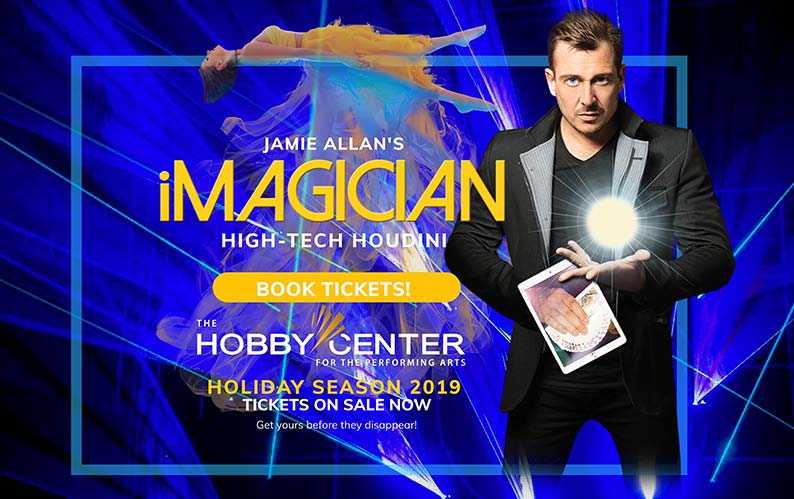 Jamie Allan is the most televised British illusionist of the last decade and is bringing his award winning show iMagician to Houston. Witness Death defying water escapes and awe inspiring High Tech Illusions.

Jamie is the world leader for theatrical, technological magic. As seen on Penn and Tellers Fool Us and star of the BBC Jamie works with work cutting-edge technology such as Augmented Reality, 3D video-mapping, and 4D lasers as well as stunning modern twists on the worlds greatest illusions.

“Allan's tricks have such a purity to them. So incredible to watch”

“Allan’s best asset is his personality. He’s a warm and likeable figure on stage, Deft and highly competent … classic illusions with new techno-twists.”

Give yourself a magical treat this Christmas at Jamie Allans iMagician. Witness some of the worlds most original and high tech illusions as seen by tens of millions of people worldwide. And now at the Hobby Center this holiday season.

"Jamie Allen is that special magician, that different type of magician. Jamie’s talent is different ,unlike other magicians you may have seen. He is funny and incorporates technology in a way that allows one to watch and wonder."

Jamie Allan fuses magic with high technology. As the UK’s original technology magician, Jamie first showcased his iMagic on ITV’s ‘This Morning’ in 1995 when he was just a teenager. Since this time he has been performing and designing incredible modern illusions with iPads, holograms, laser beams, and social media. He also holds the accolade of being the most televised British illusionist of the last decade.

Jamie is THE market leader for theatrical technical magic. He created the term “iPad Magician” but unlike similar artists, Jamie’s team program their own software and work with cutting edge technology such as Augmented Reality, 3D video mapping, 4D lasers and even drones. This alongside the highly original illusions creates a theatrical experience that is unrivalled by anybody else in the world. Jamie Allan is THE iMagician.

Jamie recently performed his signature iPad illusion “Digital Art” to close the BBC One Show live to millions of viewers, an illusion he repeated Live on ‘Grand Cabaret Du Monde’, ‘BBC Breakfast’, ‘The Slammer’ and ‘Penn and Teller: Fool Us’. He has been seen as a star mentor on ITV1 in the prime time show ‘Get Your Act Together’. He appeared as the special guest star on ‘Michael McIntyre’s Big Show’. He was a winner of ITV prime time show ‘The Next Great Magician.’

In theatre, Jamie has starred in the West End show ‘Impossible’, and toured the UK three years running with his award winning production ‘iMagician’, which opened at the Garrick Theatre in London’s West End in 2015. In 2017, he was chosen by his peers to headline the world’s largest magic convention in front of 3500 magicians. Jamie’s magic is so unique he is the first magician to ever perform the entire second half of the show. In the same year, he was bestowed the highest honour of The Magic Circle; invited by the President, he became one of the very few members of The Inner Magic Circle. Jamie joined the ranks of Harry Houdini, David Copperfield and Derren Brown in this exclusive and historic society.

In 2018/19 Jamie’s” iMagician Its Magic Beyond Belief” at the Harris Theater broke records for the sales for a magic show. 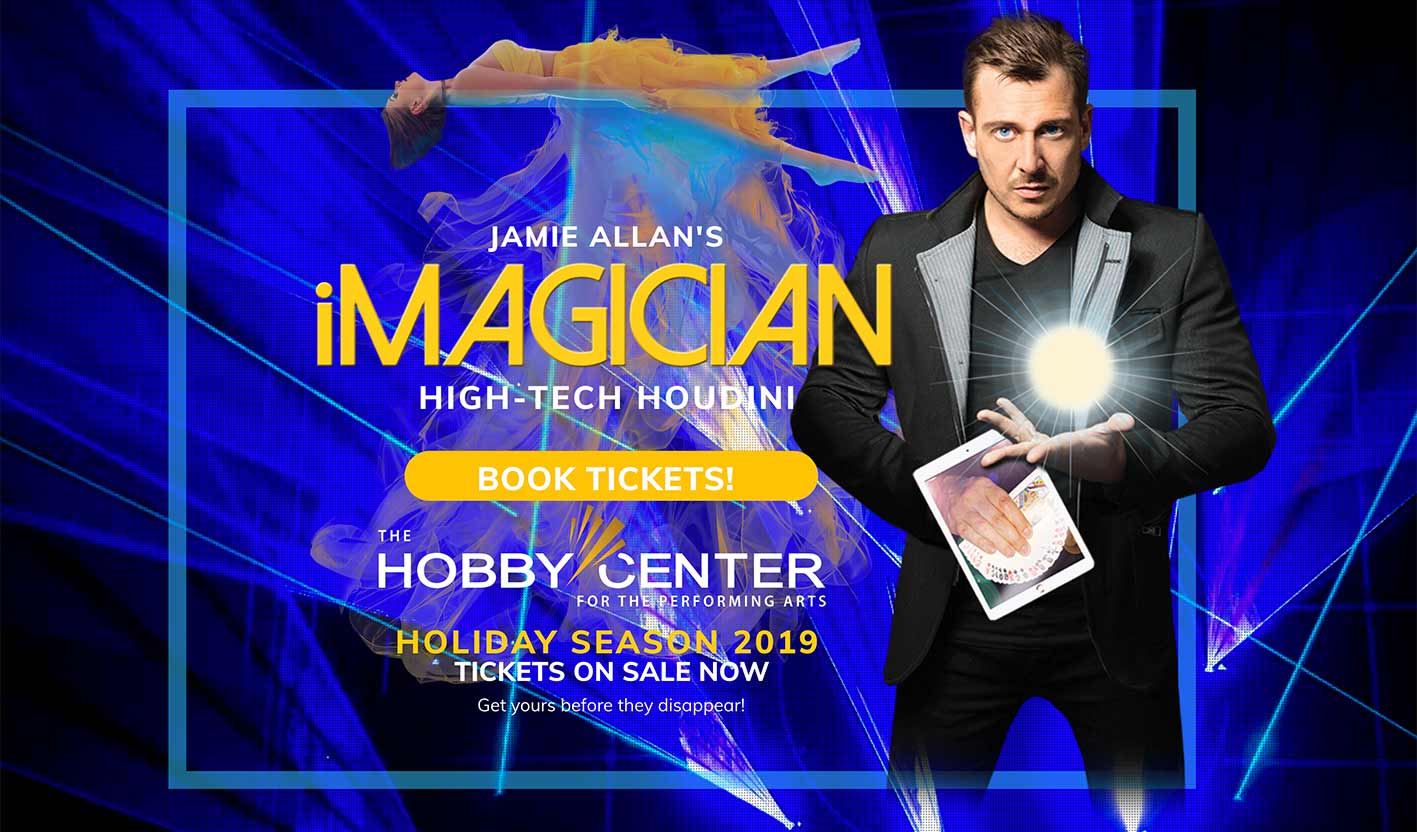